A New Step in Switzerland’s Path to Transparency: The Swiss Federal Council Requires the Drafting of a New Bill on Improved Transparency and Easier Identification of Beneficial Ownership

The Swiss Federal Council requested the Federal Department of Finance to draft a bill to promote transparency in financial transactions and simplify the identification of the beneficial ownership of legal entities. 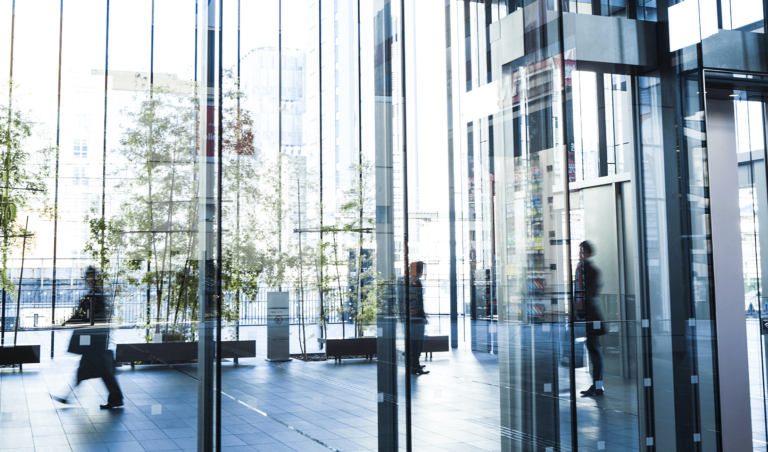 Over the last few years, significant efforts have been made internationally to promote and harmonize local policies aiming at combating money laundering and terrorism financing. Switzerland is part of this trend but has yet to fully meet the relevant international standards. The Federal Council recently determined that the Swiss legal framework must be improved to that end.

A.    Recommendations of the Global Forum

The Global Forum on Transparency and Exchange of Information for Tax Purposes (the “Global Forum”), which counts 160 jurisdictions as members, has played a key role in combatting tax evasion in recent years through the development of standards for the improvement of transparency and exchange of information.

The first standard promoted by the Global Forum is that of International Exchange of Information on Request (“EOIR”). Under this standard, a request for information must be made by tax authorities for the purpose of carrying out tax investigations, following which information is to be exchanged. When testing this standard, the Global Forum conducted peer reviews with its members, as well as relevant non-members, in relation to three factors: i) availability of ownership, accounting, and banking information; ii) access to the relevant information by the competent authorities; and iii) effectiveness of the exchange of information.

The second standard developed by the Global Forum is that of International Automatic Exchange of Information (“AEOI”). This standard consists in a yearly automatic exchange of pre-defined types of information on financial accounts held by non-residents.

In a 2021 Peer Review, the Global Forum concluded that Switzerland had satisfactorily implemented the AEOI standard, although there was still room for improvement. In particular, even though Switzerland had engaged in automatic exchange of information since 2018, the Global Forum identified flaws in the legislative framework requiring Reporting Financial Institutions to conduct due diligence and follow reporting procedures (namely, the Ordinance on the International Automatic Exchange of Information in Tax Matters of 23 November 2016, as amended on 9 October 2020).

As regards the EOIR standard, the 2016 Global Forum Report concluded that Switzerland was only “Partially Compliant”. This was due to the lack of available information relating to the ultimate beneficial ownership of companies and other relevant entities.

In particular, the Global Forum found that the mechanism implemented by Switzerland to identify the holders of bearer shares (which are not in the form of intermediated securities, or issued by listed companies) was not compliant. According to this mechanism, the acquirers of bearer shares had the obligation to report their acquisition to the company. In turn, the company had the obligation to maintain the share registry up to date. However, the implementation of these obligations was carried out under the supervision of the company’s external auditors. Yet, the appointment of external auditors was compulsory only for publicly traded companies and for companies that exceeded two of the following thresholds within two successive financial years: i) a balance sheet totaling 20 million francs, b) sales revenue of 40 million francs, and c) 250 full-time positions on annual average (Art. 727 of the Swiss Code of Obligations). Swiss public authorities, therefore, had practically no control over this mechanism. Further, the only sanction for shareholders who failed to comply with their reporting obligations was the suspension of the exercise of their shareholders’ rights until due report had been made.

The Global Forum also identified flaws as regards the availability of the information relating to the identity of the owners of foreign companies having a relevant nexus with Switzerland (i.e. having a permanent establishment or their effective administration in Switzerland). Thus, the availability of the information depended on the law of the country where the company was incorporated. This is because registering a permanent establishment in Switzerland only required the company to provide an official excerpt of the commercial registry of its country of incorporation, together with a certified copy of its articles of association. In addition, there was no obligation to update information relating to ownership.

In view of the above, the Global Forum recommended that Switzerland implemented an appropriate reporting mechanism to effectively ensure (i) the identification of the owners of bearer shares in all cases, and (ii) the availability of the information on the identity of owners of foreign companies having a relevant nexus with the country.

In response to these recommendations, the Federal Council approved the Federal Act on the Implementation of Recommendations of the Global Forum, which entered into force on 1 November 2019. The main features of this Act are as follows:

•    As of 1 November 2019, bearer shares can only be issued if: i) the company has equity securities listed on a stock exchange, or ii) if the bearer shares have been structured as intermediated securities.

•    A transitional period of 18 months, until 30 April 2021, was introduced, during which the owners of bearer shares issued prior to the Act’s entry into force could report beneficial ownership and thus convert their shares into registered shares.

•    As of 1 May 2021, non-compliant bearer shares were cancelled and automatically converted into registered shares. For shareholders who failed to disclose their identity, the entry into the company’s registry was made under the bearer shares’ reference, together with a mention of their failure to comply.

•    Within 5 years of the Act coming into force, i.e. until 31 October 2024, non-compliant shareholders will have to apply to Swiss courts for the reinstatement of their rights. For this purpose, they must provide written evidence of the uninterrupted chain of share transfers from the setting up of the company or acquisition by the last-known shareholder.

•    As of 1 November 2024, non-compliant shares shall be cancelled. However, until 31 October 2034 and under exceptional circumstances, the owners of cancelled shares will be entitled to seek compensation from the company.

•    The Act also provides for fines to be imposed on shareholders that fail to report their identity, and on boards of directors that do not keep an updated registry of shares and beneficial owners.

•    In relation to foreign entities having a relevant nexus with Switzerland, the Act now imposes an obligation to keep an updated registry of the beneficial ownership.

The Act also details the concept of “beneficial ownership” and related reporting obligations. The Swiss Code of Obligations (“CO”), which was amended accordingly, now provides that any person who alone or by agreement with third parties acquires unlisted shares, and thus reaches 25% or more of the share capital or voting rights, must, within a month, provide the company with the name and address of the natural person for whom it is ultimately acting, i.e. the beneficial owner (Art. 697J, para. 1 CO).

Further clarification is also provided where shareholders are legal entities or partnerships (Art. 697J, para. 2 CO). In such cases, each natural person controlling the shareholder within the meaning of Art. 963, para. 2 CO will be recorded as a beneficial owner. This comprises any person who: i) directly or indirectly holds a majority of votes in the highest management body; ii) directly or indirectly has the right to appoint or remove a majority of the members of the supreme management or administrative body; or, iii) is able to exercise controlling influence based on the articles of association, the foundation deed, a contract or comparable instruments.

In addition, since 1 September 2019, the Federal Tax Administration (“FTA”) has been responsible for monitoring compliance with the companies’ obligation to keep an updated registry of shareholders, whilst conducting controls related to the Swiss anticipatory tax.

This is due to the reporting obligation applying only to shareholders who acquire at least 25% of the share capital or voting rights. The obligation does not apply, for example, to shareholders in companies with a widely fragmented shareholding, even where two or more shareholders may have the same beneficial owner, who would ultimately reach a global 25% indirect shareholding.

Conversely, the Global Forum considered that the Swiss Federal Act on Combating Money Laundering and Terrorist Financing (“AMLA”) provides a proper definition of beneficial owners. The Global Forum, however, identified flaws in the AMLA as well, including i) deficiencies in the identification mechanism; ii) a lack of systematic verification or updating of the information, unless there is a risk of money laundering or doubt as to the origin of the money; and iii) the limited scope of the AMLA, given its exclusion of legal and accounting professionals.

As a result, it was recommended for Switzerland to implement measures to ensure that accurate and updated beneficial ownership information be made available to the competent authorities. Accordingly, Switzerland is expected to improve its identification mechanism and monitoring, as well as the availability of information on beneficial ownership, including in situations where the AMLA does not apply.

B.    Recommendations of the Financial Action Task Force

The Financial Action Task Force (“FATF”) is an inter-governmental body that elaborates policies against money laundering, financing of terrorism and proliferation of weapons of mass destruction. Its recommendations are broadly considered as international standards in the field. The Global Forum itself has adopted several concepts developed by the FATF.

The FATF’s recommendations consist in a series of measures aiming at: i) identifying risks and developing relevant policies and domestic coordination; ii) prosecuting acts of money laundering, financing of terrorism and proliferation of weapons of mass destruction; iii) applying preventive measures designed for the financial sector and other designated sectors; iv) establishing the powers and responsibilities of the competent authorities and other institutional measures; v) enhancing the transparency and availability of information on beneficial ownership of legal persons and arrangements; and vi) facilitating international cooperation.

According to FATF Recommendation 24:

•    Countries should prevent the misuse of legal entities for money-laundering or terrorism financing purposes. To this effect, countries should ensure the availability of accurate and up-to-date information on beneficial ownership and control of legal persons, as well as the availability of such information to competent authorities, through a registry or any other means.

•    Information is considered adequate when it is sufficient to identify the natural persons who are the beneficial owners, as well as the mechanisms through which they exercise control.

•    The accuracy of the information is satisfied by verifying the identity of the beneficial owners on the basis of reliable documents, data, or information collected through independent sources.

•    Information must be as current as possible and updated within a reasonable period following any variation.

•    Competent authorities should be afforded the necessary powers to access beneficial ownership information on a quick and efficient basis.

Even though the Swiss Parliament approved the revision of the AMLA in March 2021, so as to comply with the FATF’s recommendations relating to money laundering and terrorism financing, it remains unclear at this stage whether Swiss legislation is fully compliant with said recommendations.

C.    The Swiss Federal Council Requires the Drafting of a Bill on Improved Transparency and Easier Identification of Beneficial Ownership

In line with the above-discussed recommendations, the Swiss Federal Council acknowledged that more can be done as regards transparency and identification of beneficial ownership. To this end, it requested the Federal Department of Finance to draft a bill by the end of June 2023, in collaboration with the Federal Department of Justice and Police. The draft bill is expected to promote a higher level of transparency and simplify the identification of beneficial ownership of legal entities through a central register.

Such register is expected to contain updated information on effective ownership. However, it will only be made available to the relevant authorities.

Furthermore, the new bill is expected to include adjustments regarding anti-money laundering measures, such as the broadening of the scope of the AMLA to legal professions. 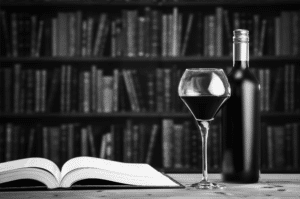 Our contribution to the first holistic study of wine law. 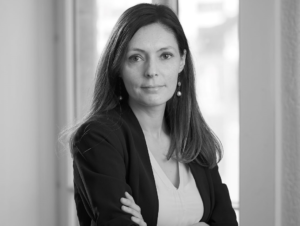 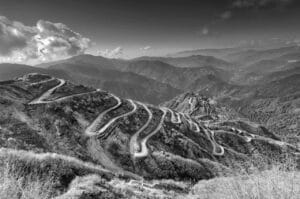 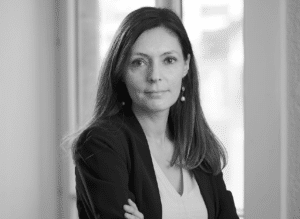